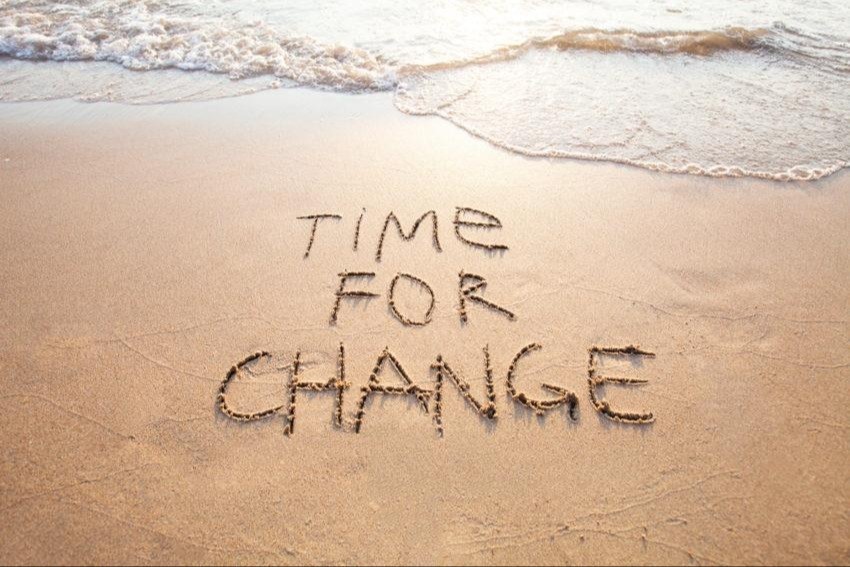 COVID-19 Changed Things – Some for a Long Time, Others for a Moment

Investment markets were very quick to digest the changes wrought by corona virus. As we’d expect, investors’ first reactions were swift and indiscriminate, followed by a more thoughtful weighting of what this really means for the economy, businesses, and investments. We see both longer lasting and temporary impacts. Now that investment markets have settled a bit, we have some thoughts to share about how we dealt with your investments in the thick of the moment… starting with the longer lasting impacts:

Expect low rates to last – The Federal Reserve has promised to “do whatever it takes” to aid the US economy, including keeping benchmark rates low for years, and supporting asset prices by making open market purchases. While these efforts can stimulate the economy by encouraging borrowing and refinancing, they also hurt savers, make it difficult for insurance companies and banks to earn money on their investments, increase reserves companies need to set aside to meet pension obligations, and potentially under price inflation risk. We made a few adjustments to better live with this new reality…

Bonds: Buttonwood’s Diversified and Balanced accounts have a portion of assets allocated to bonds to help lower volatility, which we refer to as the long-term bond allocation. In addition, accounts managed with any of Buttonwood’s investment objectives (Balanced, Diversified, Moderate or Growth) that take income regularly will also include a mix of bonds and cash with a more conservative maturity schedule that closely aligns with each client’s planned withdrawals.

For long-term bond allocations, we sold all shares of iShares 1-3 Year Treasury Bond ETF (SHY), which invests in short-term US Treasury securities we expect will earn very little for a long while. Long-term bond allocations now include a mix of just two securities, Fidelity Total Bond (FBKWX) and iShares Core 1-5 Year USD Bond ETF (ISTB), funds that include exposure to corporate bonds, mortgages, and other securities with relatively higher yields while maintaining a focus on credit quality.

Banking: In the face of lower expected profits caused by lower interest rates, we slightly pared back clients’ overall banking exposure and consolidated into fewer bank holdings we think can still profit in a low rate environment.

Insurance: Our insurance holdings, Berkshire Hathaway (BRKB) and Markel (MKL), rely less on fixed income investments than typical insurers when investing insurance premiums, and have well-run underwriting divisions which help generate profits on the coverage they sell. We feel we were already well positioned in these holdings.

E-commerce strengthens even further – There was already a steady shift toward e-commerce, and it’s clear that consumers will emerge from COVID-19 having tried and adopted many new online services. This shift, plus mandatory closures of traditional stores, will likely have a profound impact on the retailing.

Traditional Retailers: Your portfolios have limited traditional retail exposure, with holdings primarily in home improvement retailers Home Depot (HD) and Lowes (LOW) that we see as being fairly insulated from e-commerce competition. These companies offer convenient in-store product guidance, offer many products that are either bulky or have high weight to value (think bricks, or lumber) which makes shipping less attractive, and offer consumers the ability to get what they need immediately, which can be especially important while in the midst of a project, or an emergency repair.

Online Retailer: Long-time holding EBay (EBAY) has enjoyed a surge of activity from at-home consumers that has translated into improved operating results.

Cord cutting continues – Online video services have been very popular with consumers and have been growing rapidly over the past decade. The total shut-down of sports, which serves a dedicated viewer base, will likely frustrate more viewers to leave traditional cable. It is reasonable to expect that cable companies will likely experience an even much more rapid rate of video subscriber loss.

Disney (DIS): We have several media holdings in portfolios, including Disney (DIS), Fox (FOX), and Discovery Communications (DISCA). Of these, Disney is the largest holding across accounts, in part because we elected to receive shares of the company in the buyout of Fox by Disney last year, and because we added to Disney in March 2020 as shares fell. Disney had already moved to take advantage of the shifting dynamics in media, with its own direct-to-consumer streaming platform, Disney+. Since it launched in November 2019, the streaming service has quickly attracted 54.5 million subscribers, a number the company initially forecast it wouldn’t reach until 2024.

Fox (FOX) and Discovery Channel (DISCA): In your portfolios Fox and Discovery are much smaller sized, pure play media holdings. Both will likely feel the effects of lower ad spending due to the economy, and are also more exposed to a faster unwinding of the cable bundle. Each has an extensive library of content and audience segments that ought to be attractive to streaming services. To us, these stocks appear very inexpensive relative to operating results, and so we’re content to keep some exposure to their valuable content libraries.

Twitter (TWTR): Separately, in July, we began buying social media company, Twitter (TWTR). While not a media company per se, Twitter makes money by selling advertising, and in that way, is a beneficiary of ad revenues shifting from traditional sources like cable.

Despite an advertising tailwind at its back, Twitter has lagged its social network peers operationally over the past several years. Critics say that the company has suffered because its CEO, Jack Dorsey, has been spreading himself too thin by serving concurrently as the CEO of online payment company Square. Importantly, activist investors are now advocating for change. We see potential for improved results from initiatives to enhance Twitter’s advertising platform and the development of subscription based fees for portions of the user base. Because we see Twitter as a more assertive type of investment, we limited it to Buttonwood’s Growth and Moderate accounts. Being mindful of having too much exposure to advertising revenues, we decided to use Discovery Communications as a source of funds for these more aggressive accounts.

Work from home – The connected world has enabled many workers to increasingly work from home. The abrupt need to socially distance ourselves from one another, however, has meant that companies have had to immediately adapt to working remotely for everybody possible. It is widely expected that companies will find the costs savings attractive enough to make permanent changes to their work space. Negative implications include less demand for office space and business travel, two areas we’ve not invested into. Conversely, the trend has been very positive for technology companies, and many of the investments we’ve long held for clients.

F5 Networks (FFIV), Microsoft (MSFT), Google (GOOGL): We see Microsoft (MSFT) and Google’s (GOOGL) cloud divisions as direct beneficiaries. During the second quarter, we also purchased one new stock, F5 Networks (FFIV), which produces hardware and software solutions that help organizations manage their data networks and internet traffic. Traditionally a leader in hardware, the company has been shifting its business toward software and subscription-based services to accommodate customers as data moves to the cloud.

While these changes are likely to be either long lasting or even permanent, we believe other disruptions from COVID-19 will be temporary…

Energy markets will balance supply and demand – Oil fields deplete at a rate of about 5% per year on average, which means that sustained investment is required to maintain, and grow, production to meet demand. New shale production from the US has been a well reported source of excess supply that has caused falling crude prices, which scares away investment. After some time of under investment, the imbalance shifts to too little supply and rising prices which attracts investment. While the rise of electric cars bears watching, we don’t see a change in the nature of the industry, just a push that accelerated the immutable cycle.

Energy: Deeply negative sentiment has driven energy to its lowest weighting in the S&P in decades. Believing strongly that the investment cycle in oil is unchanged, we chose to keep hold of these depressed businesses, but were able to lower cost basis by purchasing new shares in taxable accounts and selling older shares at a loss. In IRAs we’ve begun discussing Roth conversions with clients individually.

Hospitality industry – Cruise operators, airlines, hotels, theme parks, cinemas, and restaurants continue to lose substantial business. More of that activity may return in the form of pent-up demand once an effective treatment or vaccine is available, but in the interim, high fixed costs mean rising debt levels just to maintain their properties and equipment.

Disney (DIS): The company’s parks and resorts division went from record worldwide attendance in 2019 to being totally shut down in the second quarter. Similarly, Disney’s film division went from its best year ever to not being able to shoot new movies, or for that matter, release movies to closed theaters. We used the disruption to increase our investment in a company we see as financially strong which creates content and experiences that entertain and inspire children and families. Disney builds customers for life.

Anheuser Busch InBev (BUD): The world’s largest beer brewer is currently bearing the brunt of restaurant and bar closures, and in some parts of the world, breweries themselves. We bolstered positions believing the disruption will not cause a permanent change in consumption.

Booking Holdings (BKNG): Booking Holdings operates websites that match travelers with hotel accommodations, and so the sharp reduction in travel will severely impact results. However, the company is simply an intermediary in the travel business. It sells hotel room reservations, but doesn’t run or own hotels. Because it has far lower costs than the industry it serves, we believe it will be in a position to quickly rebound when travel resumes.

COVID-19 is certainly changing business, maybe in some ways you’d expect, and others you haven’t considered. We hope our thoughts on these themes gave you deeper insight into how we are thinking about these things and your investments. If you’d like to chat more, we welcome your calls.